In order to cover the entire length of the pipeline, it was decided to use two DiTeSt analyzers even though one instrument would have been theoretically able to cover the whole distance. 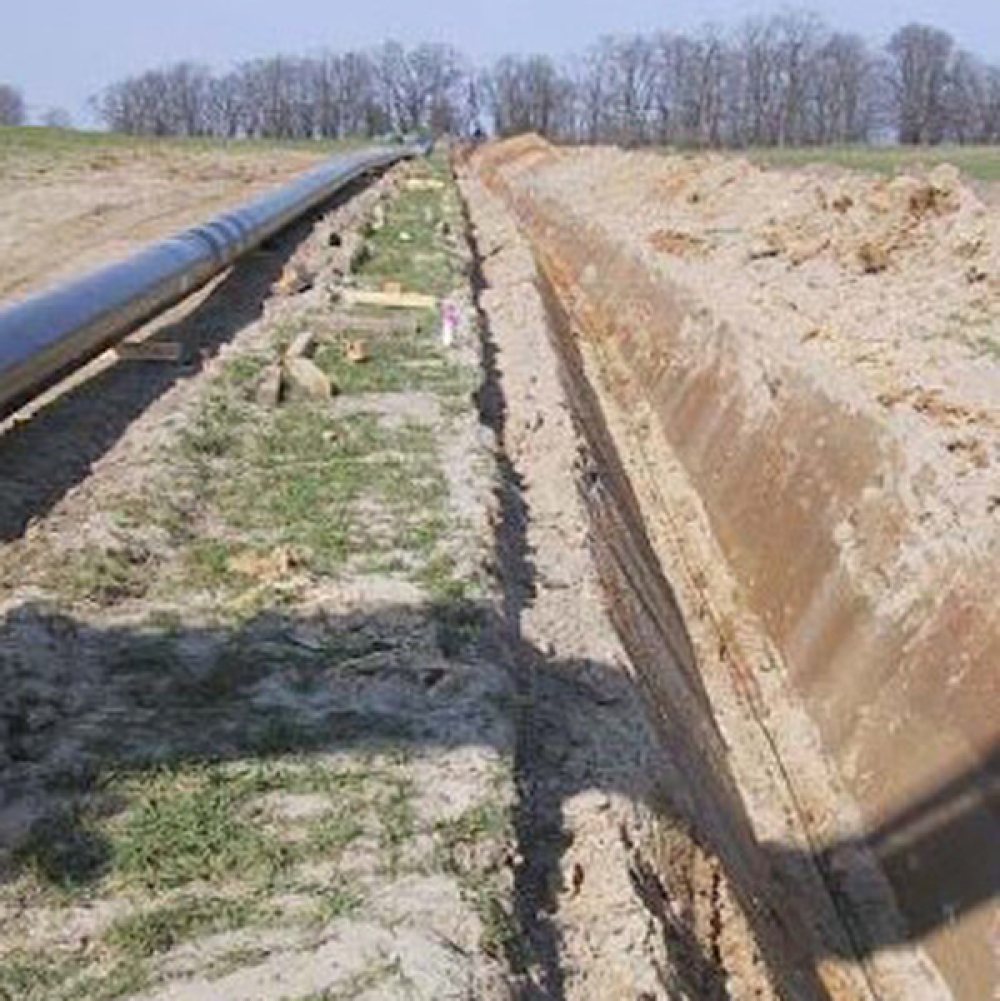 In 2002 the construction began for a natural gas storage facility 1500 m underground in the area of Berlin, Germany. Building underground caverns for gas storage in large rock-salt formation requires hot water and produces large quantities of water saturated with salt (so-called brine). In most cases the brine cannot be processed on-site and must be transported by a pipeline to the location where it can either be used for chemical processes or injected back safely into the ground. Since the brine can be harmful for the environment, the pipeline should be monitored by a leakage detection system. In the Berlin project, a 55 km pipeline was built.

Aim of monitoring:
In order to cover the entire length of the pipeline, it was decided to use two DiTeSt analyzers even though one instrument would have been theoretically able to cover the whole distance. However, the installation of the fiber cable required some 60 splices (that correspond to an additional loss of up to 3 dB) which reduced the distance range of the instrument accordingly and justified the use of two instruments. The selected sensing cable is a customized version of a standard armored telecommunication fiber optics cable for underground applications. The cable includes the optical fibers used for temperature monitoring, fibers for data communication between the instruments and the control room, and additional spare fibers. During the construction phase the fiber cable was first placed in the trench and buried in the sand some 10 cm underneath the pipeline. The position of the cable with respect to the pipeline is important in order to guarantee that all leakages are detected. The position of the sensing cable is a trade-off between the maximum contrast in the case of a leakage and the assurance to detect leakages occurring from every point of the tube’s circumference. Both DiTeSt instruments are installed in dedicated buildings (gate II and gate V respectively). Each instrument is responsible for the monitoring of half of the total distance and an optical switch is used to select the section to be monitored: the longest fiber section is 16.85 km. The central computer located in the control room in Rüdersdorf can communicate with the instrument through an optical LAN that makes use of the available fibers in the sensing cable. The temperature profiles measured by both DiTeSt instruments are transferred every 30 minutes to the central PC and further processed for leakage detection.

Main results:
The pipeline construction phase was completed in November 2002 and the pipeline was put into operation in January 2003. In July 2003,  the first leakage was detected by the monitoring system. It was later found that the leakage was accidentally caused by the excavation work in the vicinity of the pipeline. 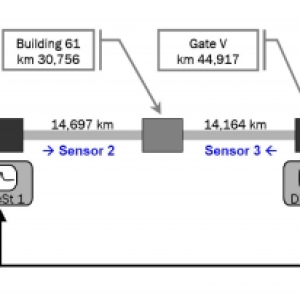 Both DiTeSt instruments have two measurement channels, respectively called sensor 1 to 4. The sensors temperature profiles are periodically transferred to the central PC for further processing and alarm generation. 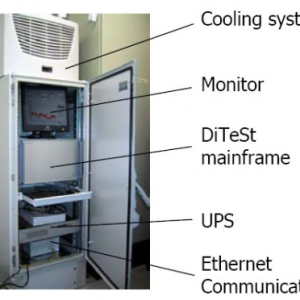 Configuration of the rack integrating the DiTeSt analyzer together with dedicated UPS and cooling system. An optical Ethernet is used for the communication between the instruments and the central PC in the control room. 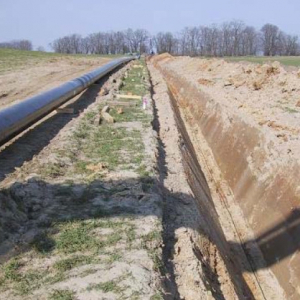 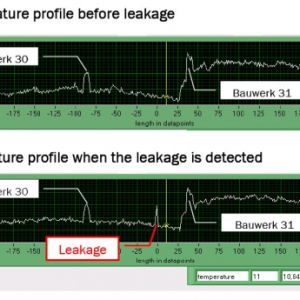