The stability of the lake border over 150m is unreliable.

The optical fiber sensors SOFO, installed in the anchored part have been placed in this position to verify the optimal length of the anchorage and to determine the force transmission from the bulb to the soil. This allows to study its behavior either at short or long term .· Instrumentation: Three chains of 3 SOFO sensors each have been attached to the anchorage part during its assembly in the factory (the anchorage injected in a traditional way in sand and gravel has not been monitored). The measuring points for all sensors start from the head of the bulb. The length of each sensor is 1.5m 5.5m and 7.0m . The measurements have been carried out during the load test and after some weeks to determine the correlation with the load loss on the head and the behavior of the anchored part.

The figure shows an example of the results obtained during the cable tension. In particular it has to be noted that the head of the bulb gets in compression while the parts of 5.5m and 7m are not transferring any load as no difference between the two sensors is detected. There is a good correlation between the behavior of the bulb and the load measurement on the head of the anchorage. 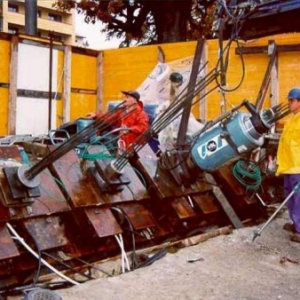 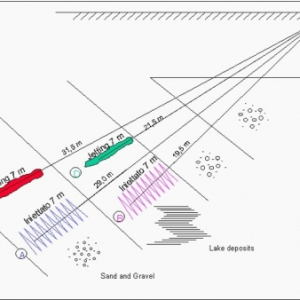 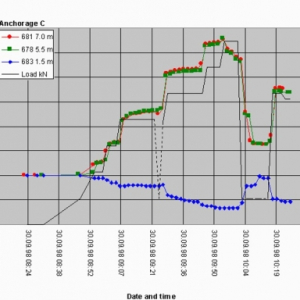