The new I35W bridge was built in 2008 to replace the old steel bridge that failed catastrophically and tragically resulting in the loss of several lives. 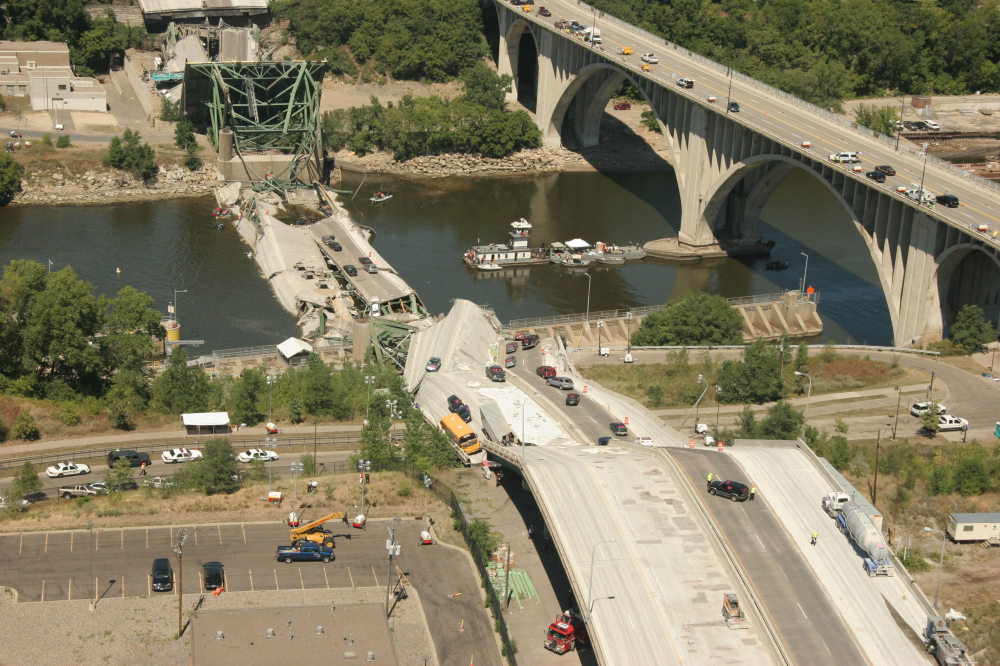 The new I35-W bridge has five traffic lanes going in each direction (the old bridge had only three lanes going each way) and it is designed to accommodate light rail transit in the future. If LRT was incorporated in the bridge, traffic lanes were going to be reduced from 10 to 8 and the two lanes along the center of the bridge would have been converted to LRT tracks. The pier shape has reflective curves with the dominant curve shaping along the length of the bridge, tapering from 30′ to 11′ to 30′ (11′ depth at the center of the main span over the river). Two main piers feature observation platforms curved along the river’s edge.

More than 300 sensors embedded or mounted to the bridge provide information to engineers about the structural behavior of the bridge. In particular Roctest vibrating wire sensors and Smartec SOFO sensors measure how the bridge is reacting to load and the temperature of concrete. Additional Senscore corrosion sensors measure the chloride penetration in concrete.

The superstructure concrete box girder is a closed shape with inclined walls and smooth surfaces of continuous flat planes. The sweeping form from underneath the bridge was made from concrete materials to create a visually clean and quiet space below the bridge. 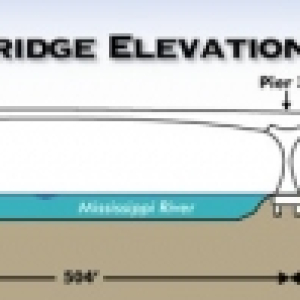 The dimensions of the new I-35 bridge 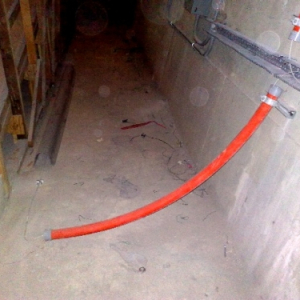 One of the 12 SOFO sensors installed in the new bridge 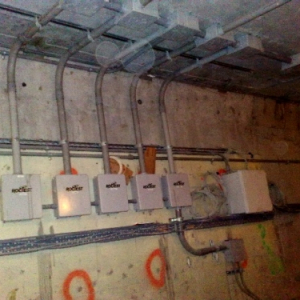 Junction boxes inside the main span